The book comes out in the UK today, as did this fun little ditty in Stylist Magazine. (Where my British at?)

OK, PLS, THX offers regular performance improvement options and bug fixes to maximally optimize your overall user experience for social. It’s an advice column for Real Life Magazine, and I contributed this week’s post, “Who Was She?” You should go read it. It’s good.

Three pieces of advice I’m about to give other people that I would do well to remember myself:

1. You can’t be crippled by an emotion unless you’re the one doing it to yourself.

2. Just because your issues have a name it doesn’t mean you’re aware of them.

3. Assholes are gonna violate the social contract. You can come to expect it. You can even be prepared for it, but don’t ever get used to it. 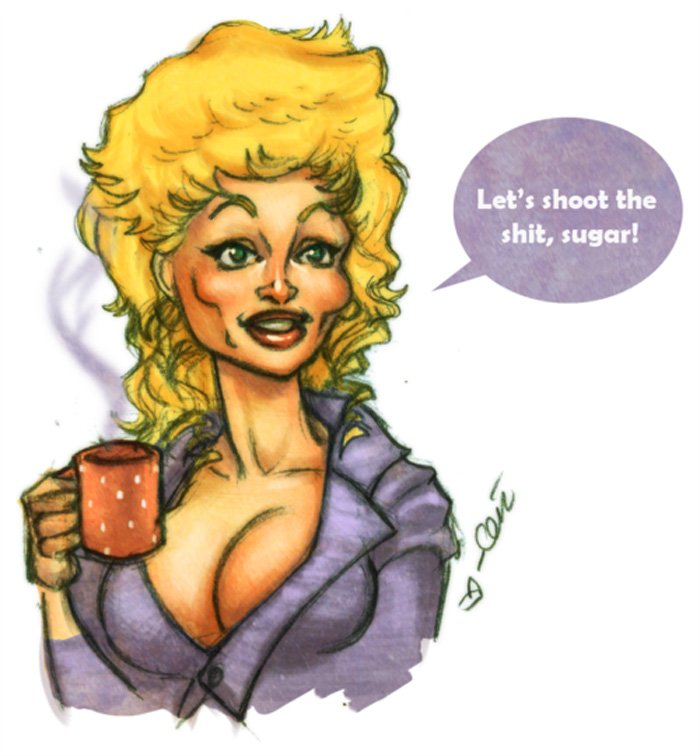 Thank you, Cerena. This is fabulous, and your timing couldn’t have been more perfect. Today happens to be Dear Coke Talk’s one year anniversary. No shit.

When formspring hit tumblr back in 2009, I started giving party tips on my personal blog completely on a whim. Within a couple months, the tips had turned into advice and the process had turned into its own little side project, and so a year ago today, I started Dear Coke Talk.

Not that I need to tell any of you, but it’s been a fucked up spin around the sun. I watched my career do a slow motion crumble and then put it back together with scotch tape and spit. I’ve helped my family through a divorce. I’ve helped one of my best friends through prison. I’ve been on a crazy thrill-ride love roller coaster that still has my stomach queasy. I’ve been kissed and bruised by every kind of high and low the city of angels can spend twelve months throwing at a girl, and the one thing that always kept me smiling in the time I carved out for myself was that silly fucking advice column.

That’s not an empty comparison, by the way. I really do enjoy answering your questions. Shit feels good. I had no idea it was gonna be my thing, but firing off a few choice lines has more than a few similarities to peeling off a quick orgasm.

Dear Coke Talk has become the steady backbeat to all this wild and ridiculous shit I otherwise call a life, and I love every one of you motherfuckers for reading it, and for the many thousands of you who’ve taken the time to write, I love you even more.

Thank you all so much.

Using “you’re beautiful” as an excuse

Im a stripper right, and I find often when I suggest to a customer that we go for a private dance together and they have a reason why they dont want to go, they always throw in this line: “but youre very beautiful, im sorry, I just ”.

I know Im beautiful thank you, dont tell it to me like its meant to make me feel better, this shows me you assume all woman use acknowledgement as fuel to exist. I dont. Dont tell me Im beautiful like its gonna make everything alright.

I dont know, Im not explaining it right, but I find it sort of condescending when guys use that line as a sort of a sympathetic pat on the bat.

Im not sure what my underlying problem with it is, but when I figure it out, I’ll post a more concise explanation…

All right, girl. This one is easy.

Your underlying problem has to do with reflective vs. deflective patterns of mitigated speech and a glitch in the artificial power dynamic that exists in a strip club.

The entire paradigm in the club is built around a gender role reversal where women are the aggressors, and men are the ones approached. When men suddenly find themselves in the unusual position where they have to verbally reject a woman, they simply don’t have the communication skills to do it properly.

Women are trained from puberty to recognize that a compliment paired with rejection reeks of condescension. It’s our passive-aggressive weapon-of-choice when we want to deliberately bruise a male ego or be catty to another girl.

Thing is, guys never learned this. They aren’t the ones with a decade’s worth of experience being hit on, and they simply don’t know any better. When they tell you “you’re beautiful, but no thank you,” they’re attempting to deliver a mitigated rejection, but it’s reflective instead of deflective.

It’s a tiny reversed version of “I like you as a friend,” and just like a teenage girl who doesn’t know any better, they honestly think they’re being merciful when they tell you you’re beautiful.

You brain recognizes it as condescension, but it’s not.

That’s why it bugs you.

You just gotta remind yourself that it’s truly innocent when the boys say “you’re beautiful, but no thanks.” They’re essentially just doing the best they can.

Don’t take that shit from a girl, though.