So. This made me feel a lot better, and cry twice.

On The Uses Of Both Glitter And Enemies

Yes, I am aware of all the shipyourenemiesglitter.com nonsense, and no, I don’t endorse it. The whole idea of anonymously shipping one’s enemies a letter filled with glitter feels like a Fisher-Price My First Revenge™ playset.

Fucking with my enemies is something I hold much too sacred than to merely prank them with mildly annoying craft supplies. Enemies are for vanquishing, and revenge should be an orgiastic ritual that would make Machiavelli weep.

I’m just saying, we can do better than a little glitter.

Our legal system is not a justice system.

“America is just 5% of the globe’s population, but we have 25% of the world’s imprisoned people, and I tell you, that is not because Americans have a greater proclivity for criminality, it is because our legal system is not a justice system.”

— Thank you, Senator Booker. I’ve been saying this all along.*

* As it turns out, I may have inadvertently been the source for this entire theme. A reader reached out on twitter to let me know they’d used my line on Senator Booker’s Facebook Wall about calling it the legal system instead of the justice system, to which the Senator replied, “Profound.” A week later, he delivered this speech. Profound, indeed.

No Officers Were Hurt

Last night, a man with a pocket knife was shot dead by the LAPD on a bustling corner of Hollywood Boulevard. Of course, no officers were hurt.

I’m constantly reading that sentence these days. It’s the go-to closing line for every dry and dreary news report about some poor bastard being beaten up, choked out, or gunned down by the police.

Every time I read that line, it feels like further proof that police are trained to kill before risking even the slightest injury to themselves. I’m sorry, but I’m just not okay with that.

They aren’t living up to that standard — not in Los Angeles, not in New York, certainly not in Ferguson, and probably not in your neighborhood either. Time and again, all I see is evidence that the police aren’t putting anyone else’s safety ahead of their own.

Do you know how I know that?

I went on a bad date last night. It was with the kind of guy who describes his loft as industrial, yet clearly has never worked a day of hard labor in his life. Not that he was a bad person, just a little too dainty for my tastes.

He took me to a low-rent art show, the kind where disapproving gallerinas refuse to pour more than two sips of wine into cheap plastic cups. On the bright side, the people-watching was epic. There was no crowd control whatsoever, and the tiny gallery was choked with hipster lunatics with zero interpersonal skills. Watching them constantly violate each other’s personal space was far more interesting than anything on the walls.

The face-palmiest moment of the evening came when I learned that one of the show’s artists was my date’s ex-girlfriend, a fairly important bit of information he chose to share with me right as we were walking into the gallery.

It was pretty obvious he was using me as arm candy, which normally I don’t mind, but I absolutely cannot stand being bamboozled, and dropping an ex bomb at the doorway is one of the oldest bamboozles in the book.

The dude’s fate was sealed when I realized I liked hanging out with his ex more than him. Turns out, she was the cool one. We bonded over how little either of us gave a shit about the date.

So yeah, I guess it wasn’t a total loss. She and I traded numbers. We might hang out. I dunno. I’ve built friendships in this town on a lot less than a bad date with someone’s ex.

Coke Talk Of The Day / comments

Look past the dull thickness in Darren Wilson’s eyes and there’s nothing but underdeveloped manhood and the secret joy of being a killer.

We have to stop giving guns to these desperate loaves of sourdough. We have to stop granting authority to weak minds and shallow souls simply because they stand in a dumb blue line long enough to ask for it. 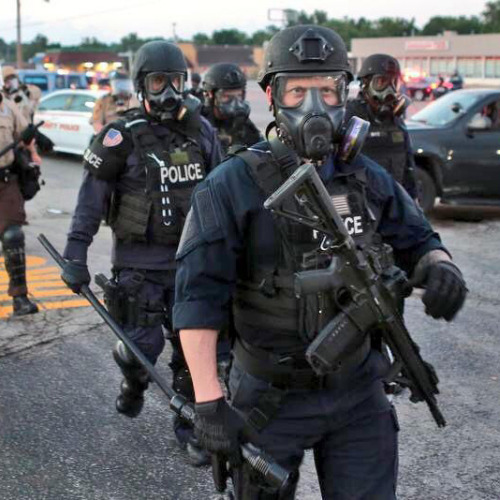 This isn’t a police officer. This is a fucking storm trooper. Look at him. Nothing about this man says protect and serve. This man’s profession is violence and his paymaster is the state.

This is the kind of jack-booted thug Governor Jay Nixon wants working on behalf of Missouri against the peaceful citizen protestors in Ferguson, and here’s where it gets extra fucked-up: This poster-boy for police militarization also happens to be a racist right-wing cop who recently shot and killed yet another black teenager.

Yep, that’s right. This is a confirmed photograph of Jason H. Flanery, the gun obsessed wingnut of a police officer who fired 17 shots at 18 year old VonDerrit Myers Jr. last month. Here he is, in all his geared-up glory, still very much on active duty, ready and willing to reign down even more brutality and terror onto the civilian population of Ferguson.

Coke Talk Of The Day

I’m feeling kind of vulnerable at the moment.

There were all sorts of things I was supposed to be doing this past month, and I’ve been neglecting them. I know I have. Whatever sins of procrastination I may have committed these past thirty days were necessary, though.

I’ve been transitioning out of a romantic relationship. I know that sounds like a fancy way to say I’ve been going through a break-up, but I’ve gone through break-ups before, and this has been an unfamiliar experience.

I suppose the result is the same in the end, but this time the process has been so much more introspective. I’ve been alone through it in ways that I’ve never been alone before. Not lonely, but completely on my own.

The strangest part about it is that not all that much has changed. Of course, things aren’t the same anymore, but they aren’t that much different either. I still have someone in my life that I love very much, but things are platonic now.

The transition from romantic to platonic was painful, but somehow natural. I still haven’t wrapped my head around how it happened, because it’s something that I used to think was next to impossible.

It did happen, though.

I had to take some time away from him at first, but we’ve since started hanging out again. The very first time he introduced me to other people as his “best friend,” it was jarring to hear the words. Still, they were completely accurate. It was a label that finally fit who we were to each other.

I’m not to the point yet where I can high-five him when he gets laid, but I think I’ll be there soon enough. In the meantime, I’m completely undateable. I just don’t give a shit right now. The holidays are coming up, and I still have all this work I need to focus on, and I think it’s enough that I’m finally ready to crawl out of my own head and push forward with the next phase of my life.

We’ll see where it takes me.

Republican twits trying to fuck with me on election day don’t know that I fuck right back.