I went with these beauties instead of the Proenzas. They’re like buckling buttery chocolate sex onto your feet.

There’s a ridiculous shoe sale going on at Barney’s right now. I think I’m gonna drive over to Beverly Hills and make some poor financial decisions.

Coke Talk of the Night

My BFF brought her annoying vegan work friend to our sushi dinner. This crunchy cunt is currently complaining about the five extra minutes she spent in the express aisle at Whole Foods trying to buy her quinoa lunch.

Bitch, please. Nobody cares. Especially since we just found out that one of my BFF’s bridesmaids had to move back in with her mom after finding her boyfriend foaming at the mouth from an overdose. He lived, but now he’s in rehab and his house is in foreclosure.

Ugh. I needed this.

This silly little video is an epic violation of international copyright law, and while watching it makes me inexplicably happy, posting it on my site also makes me an evil, evil pirate under the current markup of SOPA.

This post would technically qualify as a federal crime, and without a crack team of intellectual property attorneys on retainer, I might find myself staring down the business end of a court ordered domain seizure initiated by the Church of Scientology on Will Smith’s behalf.

I’m only a little bit kidding.

I’m in such an ugly mood that I’ve taken to trolling the comments section of my own goddamn website. This is bad, right? Ugh.

Things started to get ridiculous when they refused to sit next to women. One of the dudes was assigned the seat next to mine, and he started having a shit fit. The flight attendant asked if I’d be willing to move. I told her hell no. If she wanted to move me to first class, fine, but if she tried to bump me anywhere else, I’d start ordering ham sandwiches for every hasid on the flight. I wasn’t about to get sent back to a middle seat because some weirdo’s imaginary friend in the sky thinks girls have cooties. Fuck that shit.

When it was all said and done, quite a few other women also refused to give up their seats. Rightly so. I’m all for religious tolerance, but that doesn’t mean anyone should have to be involuntarily subjected to a religion’s institutionalized sexist bullshit. 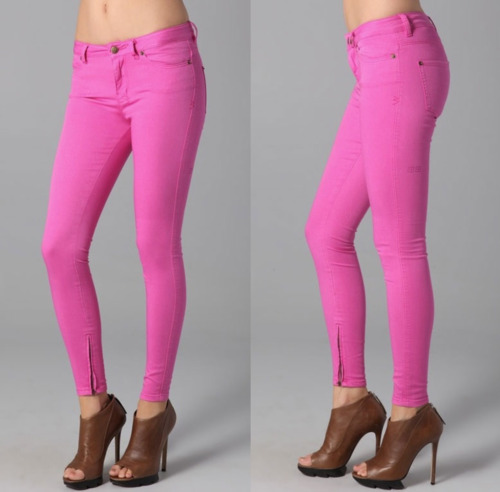 My ass looks fucking fabulous in these.

I smell frankincense and I hear Jay Z music coming through the walls. I think the Illuminati are celebrating the birth of Blue Ivy at the Soho House tonight.

Resist the appeal of a storybook life, or else narrative patterns will become personal myths that poison your future.

You’ll break your life into chapters and set goals with three act structure and make friends and enemies according to archetype, all in a ridiculous attempt to trace your own character arc across the coming decades.

You’ll call this exercise dreaming, or worse, dreaming big, and your life will become a preamble to some distant happily ever after.

That would be a shame, because a storybook life is overrated. It is boring and safe and artificial as a teacup ride.